Energy Performance Engineering (EPE) is a MEP engineering firm. EPE is also certified as a disadvantaged business enterprise (DBE), minority business enterprise (MBE), and emerging small business (ESB) in the State of Oregon. COBID certification number is 4569. EPE is a trade ally for New Building and Existing Building by the Energy Trust of Oregon.  Both of our principals are certified as accredited professionals in Leadership in Energy and Environmental Design (LEED).

Energy Performance Engineering was founded by James Jen and his wife Elee Jen in 2005 after 12 years of experience in the industry.  He was a Facility Engineer for high tech facilities, which gave him deep understanding of the needs of building owners.  His well-­rounded experience came from working as a designer, control contractor, and a mechanical contractor as well as teaching college level DDC course.  James’ diverse background gives him a holistic perspective on commissioning projects, which is rare to find in the industry.

Energy Performance Engineering has graduated from the Port of Portland’s Mentor Protégé Program at the end of June 2020.

Our Vision: Transform the building performance (one building at a time).

Our Values: Build and sustain a positive growing culture

541690: Other Scientific and Technical Consulting Services 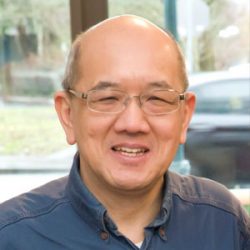 James Jen was born and raised in Taipei, Taiwan. Some of his early interests included sketching cartoons. In high school he excelled in drafting and remembers how time would pass quickly when he was engaged in his projects. His favorite sport was basketball. He was inspired by the NBA players in the United States, hoping someday he could be in the league. “I didn’t really have the height, but I was small, fast and very competitive,” jokes James.  After recurring ankle injuries, James was forced to stop playing basketball.

In 1976, James attended the China Maritime College. Prior to graduating, he needed to fulfill his school’s requirement for one year on a commercial ship traveling the world as a Marine Engineer. After graduating he spent two years in mandatory military service as a Navy officer. While in the Navy, he coached two winning basketball teams.

James and Elee met in 1981 at OSU through a campus Christian fellowship. They were amazed at the number of similarities in their backgrounds and felt close from the beginning. The couple wed in 1985 and moved to Los Angeles, where James worked for McDonnell Douglas.

In 1994, James was hired by Seltec Silicone as a facility engineer for a 280,000 SF advanced technology manufacturing facility and central utility plant.  He moved the family back to Oregon. Later, he worked for various mechanical and design firms since 2000.

In 2005, James and Elee started Energy Performance Engineering. The company specializes in building commissioning and control design, a service that ensures new buildings will operate as planned and existing buildings will operate at optimal peak performance.  Elee has been the Marketing Manager for the company and they’ve seen the business grow and become more profitable since 2010. 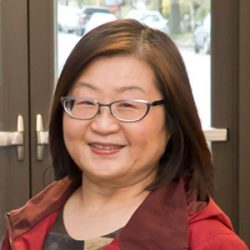 Elee Jen is a LEED AP with a M.S. in Analytical Chemistry from Oregon State University and a B.S. in Chemistry from Soo‐Chow University in Taiwan, Republic of China. She is a principal of business development with Energy Performance Engineering assisting in marketing, finance and personnel functions since the beginning of the company. Mrs. Jen has five years of scientific instrumental experience in market development, trade show presentation, sales/customer training and public relations. She has worked in commercial science industry, research laboratory, marketing development, and communication system. With the combined science and marketing background, Elee Jen brings a rich understanding of business in industry trends and technologies that helps Energy Performance Engineering in development and advancement.

Elee Jen was born and raised in Kaohsiung, Taiwan. Her father was an Academy instructor at the nearby Air Force base. Books were one of Elee’s early passions. She loved to read classical Chinese literature and detective novels. She remembers that all Taiwanese youth, even girls, received basic military training on shooting rifles and survival skills. “Growing up, it was ingrained in every family to be mentally and physically prepared for the threat of war,” recalls Elee. In 1977, she graduated from Soo Chow University with a degree in Chemistry. Shortly thereafter, she moved to Corvallis, Oregon to begin school for her Master’s Degree at Oregon State University.

● The Association of Energy Engineers

EPE provided a great resource for the commissioning process during this process. It is clear that Jimmy has a deep understanding of the project requirements and that he was working to drive the project to a successful completion. As discrepancies arose, Jimmy provided insight based on his knowledge and helped all parties come to the conclusion that was best for the project. The testing plans developed by EPE were very thorough and they allowed for us to have a successful testing phase before building delivery.

“I have witnessed with my own eyes that James has been steady to reach his vision of his business:  Be the premier sought-out, go-to commissioning provider in the Northwest.” Award Nominator

In the Winter 2011 PCC Communities newsletter, EPE was one of the companies highlighted for their participation with the construction of the PCC Newberg Center.”Last April, the Jens’ hard work paid off when PCC awarded them a contract to provide commissioning services for the new facility”.

We respect your privacy. Energy Performance Engineering (EPE) collects, uses, and protects information obtained from you on this website. We ask for only the information we need to provide the service you’ve requested. EPE does not use or disclose information about you or information that you may give us, such as your name, address, email address or telephone number, to any outside companies or parties. We do not rent, sell, or trade any of our mailing lists. EPE provides individuals with the right to opt-out of receiving email marketing and to update, supplement or delete their own voluntarily submitted personal information which EPE uses for the previously noted business purposes.
Go to Top